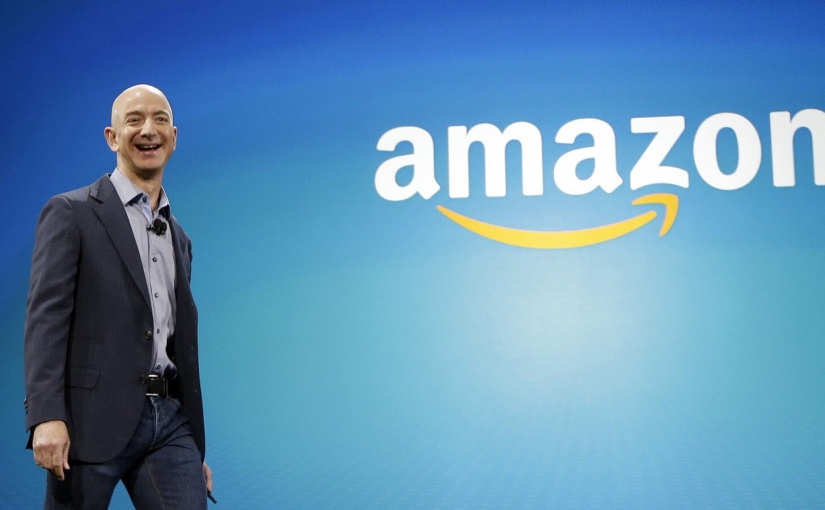 According to Forbes after the Amazon Go launch, Jeff Bezos gained $2.8 billion in a day and reaches his highest net worth ever: $113.5 billion. To put that in perspective, Bezos opened a store where people pay for shit with a phone and made the equivalent of the Liberian GDP in 18 hours normal economy.

A better breakdown of that would be, on Tuesday Bezos made in 0.86 seconds what the average Amazon warehouse wage worker makes in a year, $28,080––assuming said hourly wage worker never took any vacation or sick days. So now the poverty rate continues to grow while the 1% continues to control more and more of the wealth. Bill Gates, Jeff Bezos and Warren Buffett officially have as much money as the entire poorest half of America (Approx $250 billion).

Reminder that Amazon CEO Jeff Bezos is the richest man in the world, but yet 700 of his Ohio employees are on food stamps to survive. Corporatists will always fight for low wages and benefits for their workers. We were told these tax cuts would “create jobs”, yet we’ve seen companies like Walmart closed down their Sams Clubs stores to give a bogus 1 time bonus to some Walmart employees. Walmart ended up closing a total of 63 Sams Clubs stores leaving 11,000 people unemployed.

We saw AT&T let go of 600 technicians, and more businesses have done the same. We continue to see these CEOs become the richest people in the world while paying their employees, the backbone of the business, slave wages and slashing benefits and over time. The time is now to fight for Unions, workers rights and a living wage for all. No body working 40-60 hours a week should be living in poverty.