Scientists from the Chinese Academy of Sciences Institute of Neuroscience have successfully cloned two monkeys using the same technique used back in the 1996s to clone Dolly the sheep. Dolly was a female domestic sheep, and the was the first mammal to be cloned from an adult somatic cell, using the process of nuclear transfer. 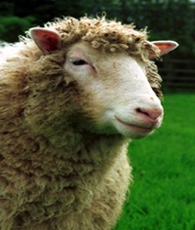 Big eyed, and fuzzy, the macaques have been named Zhong Zhong and Hua Hua. Zhonghua is the official name for China, where the animals were born. Researchers behind the development say that this will allow scientists to help compare macaques to others that are genetically identical except for particular genes that have been deliberately tinkered with.

That, they add, will not only help researchers probe the mechanisms behind human diseases, but aid drug screening and the development of other therapeutics.

Macaque monkey clones have previously been produced by splitting an embryo, similar to the way identical twins arise in nature. But the latest research makes use of a different technique known as somatic cell nuclear transfer (SCNT) – an approach that was used to produce Dolly the sheep in 1996.