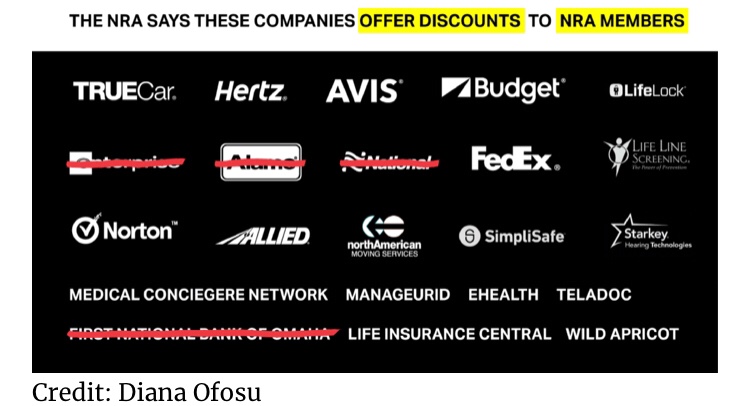 Since the most recent school shooting in Parkland, Florida took place. Companies have been having to make a decision: let their name be connected to the NRA, or stop donating and supporting their fight against common sense gun laws.

On Thursday, the First National Bank of Omaha which the nation’s largest privately owned bank said it will not renew its contract with the NRA for a branded Visa card. The bank had a relationship with the NRA for more than a decade, and the card rewarded a $40 cash-back bonus, which shockingly is enough to reimburse a one-year NRA membership.

On Twitter the bank has received multiple messages at them saying to cut ties with the company. As always money talks and the company listened to the people. 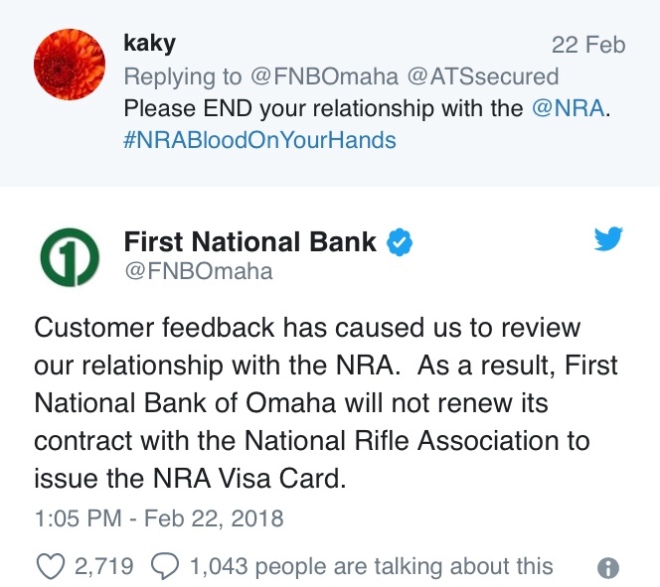 On Thursday Enterprise Holdings Inc., which is the parent company of the Enterprise, Alamo and National car rental brands, announced that it will be ending its partnership with the NRA, which gave NRA members discounts. In tweets, Enterprise and its companies said that program will end next month, effective March 26th. 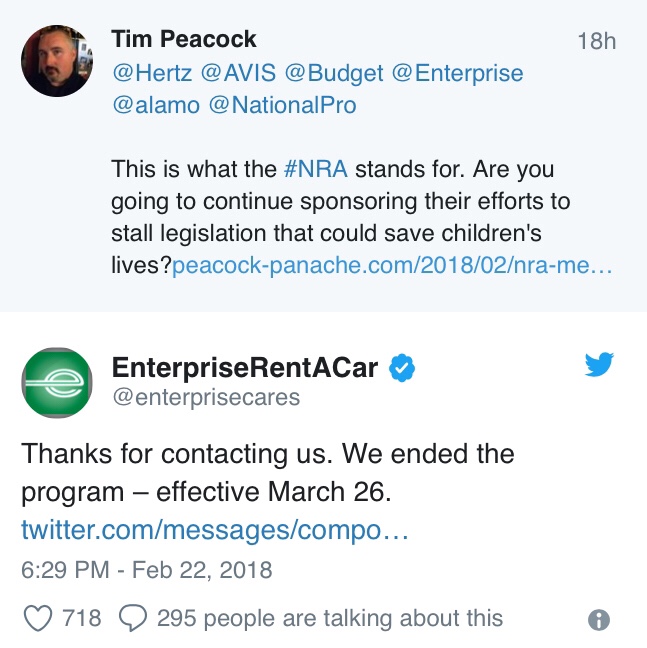 In a report in Tuesday, ThinkProgress detailed how 22 corporations were making membership to America’s premier gun lobbying group more enticing by offering a range of discounts. A few car rental companies still offer discounts to members, including Hertz and Avis Budget Group, which offer NRA members “up to 25 percent off everyday base rates at participating locations.” 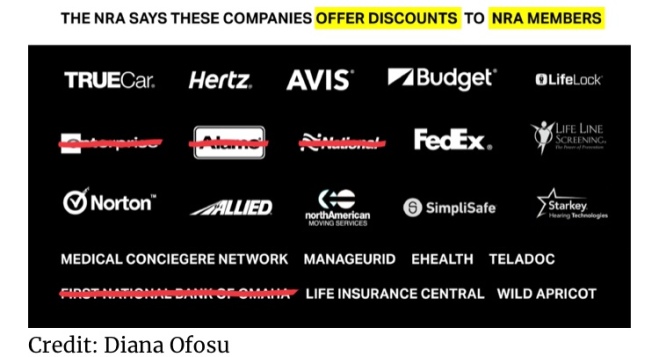 There are many companies still supporting the National Rifle Association, but how long will they continue if their customers voice in opposition. Money talks and consumer based companies cannot survive without their consumers.