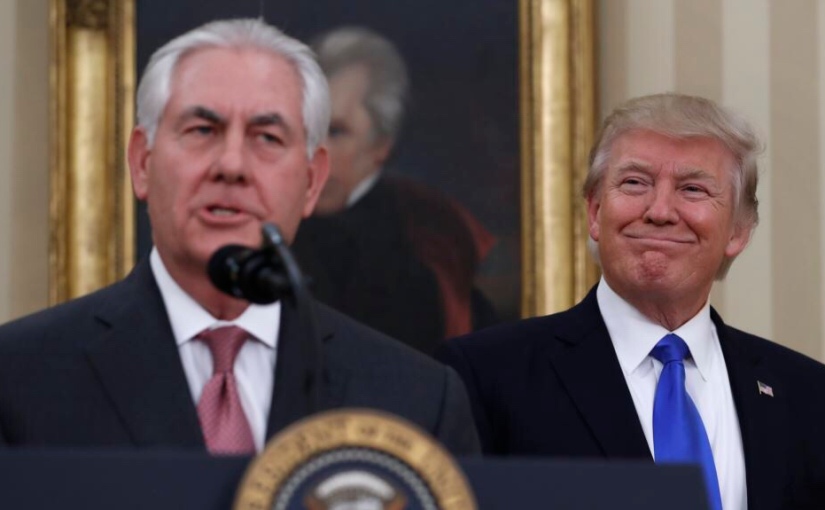 President Trump tweeted that the new state secretary would do “a fantastic job”.

Rex Tillerson has only been in the role for just over a year, now joining the handful of others to leave the administration.

To replace the vacancy left by Pompeo, the U.S. president nominated Gina Haspel. If she is elected, then Haspel will be the first female director of the CIA.

In regards to why Trump dropped Tillerson, the president said he had differences that came down to personal “chemistry” between the two.

Rex Tillerson is the latest to be removed from the Trump administration, something that might sound like to a dream to others still in the administration.

Earlier this week Rex Tillerson canceled a trip to Kenya after suddenly falling ill. It isn’t certain if this was something Tillerson knew ahead of time, or if the President randomly decides to remove him from the position.