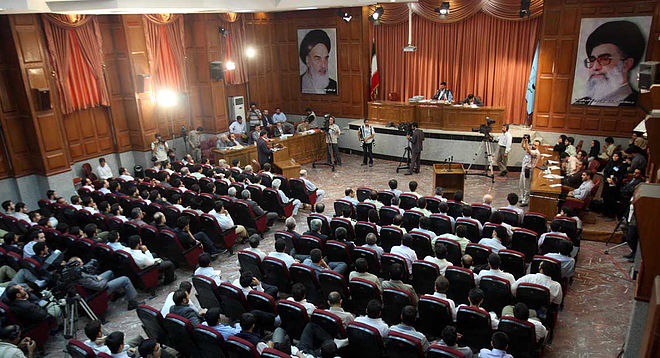 Iran on Sunday announced that an Iranian-American has been sentenced to 10 years in prison for spying.

The identity of the Iranian-American and the dates of the trial and arrest were not disclosed.

Iranian judicial spokesman Gholamhossein Mohseni-Ejheie said that the person was arrested and put on trial for gathering information, and the verdict can be appealed

According to Iranian law, the convicted has 20 days to appeal the sentence.

In 2016, there were several United States citizens arrested in Iran by Iranian security officials.

Reza Shahini, a United States-Iranian citizen, was visiting family in Iran when he went on a hunger strike to protest, and was sentenced to 18 years in prison on October, 2016.

He later was released in April on bail to await his appeal, the Center for Human Rights said.

Also on October, 2016, Iran sentenced Iranian-Americans Baquer Namazi and his son Siamik Namazi to 10 years in prison and fined them $4.8 million USD.

Siamak Namazi was the first US citizen detained in Iran since the Iranian nuclear program agreement.

Four Americans were released last year by Iran as part of a prisoner swap granting leniency to seven Iranian imprisoned in the US.

Image of Iranian court from Politico

An ethnic Palestinian gunmen was killed after he attempted to open fire on Israeli soldiers on their way to arrest him, said the Israeli Defense Force early on Sunday.

The IDF said the suspect was behind a drive-by shooting that left a Palestinian driver slightly injured and was responsible for a gun attack on an army post, both on Saturday.

In the overnight raid, IDF soldiers “operated in Nabi Saleh in order to apprehend the assailant responsible for opening fire in both Ateret and Nabi Saleh in two separate occasions on Saturday.”

“The forces encountered the suspect, who attempted to open fire at them . In response to the immediate threat forces fired towards the attacker resulting in his death.”

The army’s statement comes just two days after Israeli Arabs shot and killed two police officers near the sensitive holy site of Al Aqsa Mosque, or to others, the Temple Mount.

McCain had surgery on Friday to remove a blood clot from his left eye and was advised by doctors to stay at home next week.

With all democrats having come out against it, and republican support wavering, the bill is on thin ice, needing just one more no vote to prevent it from coming up for debate.

Check out The Guardian’s breakdown of the bill here. 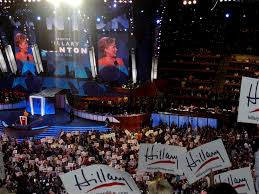 New Proposal to Reform Presidential Primaries
“Today, here in our small state – a state that has led the nation in so many ways – I am proud to announce my candidacy for President of the United States of America.”  With those few words, spoken on a sunny afternoon in Burlington, Vermont, a movement that rocked the country was born.

By focusing with laser-sights on policy after policy and refusing to take money from corporations as he laid out a real progressive agenda for the American people, Senator Bernie Sanders shattered expectations in the Democratic Primary. For those who were watching the primary closely, we saw our “fringe” candidate rocket up from a virtual nobody to a serious challenger who wrangled 47% of the delegates needed for victory in spite of a coordinated Clinton machine trying to stop him at every turn. It was intense, it was inspiring, and it was more than we ever hoped out of the race to replace President Obama.

In the end, however, he did lose. When he lost, Secretary Hillary Clinton became the nominee, and then lost the general election to a reality star xenophobic pseudo-populist by the name of Donald J. Trump. That reality star is now our President.   It’s a painful fact, but it’s one we have to acknowledge.

Speaking of acknowledging things, I’d like to acknowledge the fact that the aforementioned primary process in this country is entirely unfair and undemocratic. That’s why I’m proposing a method to change that.

Before I start, let me be clear: Whatever your stance on open vs. closed, proportional vs. winner take all, and super delegates vs. no superdelegates,  you have to acknowledge that the primaries are not done correctly. I say this because when each state and each party has its own standards for victory, you end up with inconsistent standards on what counts as a “fair” victory that truly represents the best interest of the people.

As such, I believe that the only fair primary system is one whose standards are enforced in each state. Otherwise, some states would be fairer than others.

Note: The following proposal is made under the assumption that the U.S will remain a two-party country for the foreseeable future. If third-parties are given massive weight because of other structural reforms, this proposal may not apply. That being said, if we assume that the primaries are the only variable changing, there’s a better system than the one we have now.

What is this uniform system I’m proposing? Simply put, it’s an open primary with stipulations.

First off, every American citizen should be automatically registered to vote and given an ID free of charge upon their 18th birthday.

Why the ID?  As a matter of principle, any material asset required for the exercise of a right should be acquired free of charge. Otherwise, you’re essentially paying a fee for a right all Americans are born with.

Since some states require voters to have ID’s, all American citizens should be given those ID’s free of charge upon reaching their 18th birthday. To do otherwise is to hamper their right to vote.

All primaries should be open to independents in order to reflect the actual preferences of people who lean left or right. This becomes especially important when you understand that most “independent” voters have fairly partisan beliefs despite not identifying with either party.  Washington Post has a good article about this phenomenon.

As the graph illustrates, excluding so-called “independents” from either party primary cuts off a sizable amount of partisan-leaning voters from being truly represented. The disparity is reflected in the 2016  general election, in which many voters were voting for the “lesser of two evils” instead of actually believing in their preferred candidate.*

“To be fair”, some may ponder, “couldn’t partisan-leaning independents just change their party affiliation for one year in order to vote in the primary?”. While the answer is technically yes, it’s been shown that election boards can and will suppress the vote by hastening the deadline for changing party affiliation. The end result? Many Independents who want to vote are excluded from closed primaries.

At the same time, however, it’s important to prevent so-called “party raids” in which adherents of Party A vote in Party B’s primary in order to nominate a candidate that is either less electable or more in line with Party A’s ideology.

To that end, I’d suggest keeping records of who’s already voted in a primary and making it illegal to vote in more than one primary. That way, party raiders would be unlikely to give up selecting their own parties candidate just to sabotage the others.

The idea of superdelegates is to act as a check against genuinely terrible candidates manipulating public opinion enough to dominate the party. While I’m against their existence, it’s worth noting that a strong enough superdelegate system would have eliminated the possibility of a Trump White House.

Unfortunately, these super delegates can give candidates like Hillary Clinton an aura of inevitability that crushes genuine alternatives like Bernie Sanders by making it seem to like voting for them is pointless.

If we want to have a safeguard against populist tyrants, I think it’d be better to have rigorous standards for getting a platform in the first place. These standards must be limited to core planks of our Republic, such as supporting an independent press, allegiance to our Constitution, an understanding of our history, and not being a literal neo-nazi.

This system could also be used to let more “fringe” candidates like Gary Johnson say their piece on the main stage. As long as they support essential planks of the American Republic, the American people should be able to hear what they have to say.

Right now, our primary system is a discombobulated jumble of differing states with different rules for awarding candidates delegates that go towards their nomination.  On the Democratic side, there’s a super delegate system that gives establishment candidates an illusion of momentum which suppresses turnout for so-called “fringe” candidates like Bernie Sanders. On both sides, some states have closed primaries that prevent partisan leaning independents from making their voice heard in the nomination.

In order to select nominees that give Americans a real choice in the general election, we need to switch to an open-primary system that lets Independents vote in their preferred party’s primaries.  We also need to automatically register each American to vote in in all primaries and local elections in their states, and provide those Americans with ID’s free of charge to prevent a financial obstacle from voting.

Finally, we need to replace super delegates with an essential litmus test of candidates that ensures nobody with truly tyrannical ideology get a platform in our primaries. That way, we can safeguard against populist tyrants without surpassing candidates that have the people’s best interest at heart.

If we can do those three things, I think you’ll see respect for our American institutions start ticking slowly upward, because as a rule of thumb, it’s always better to represent the people. 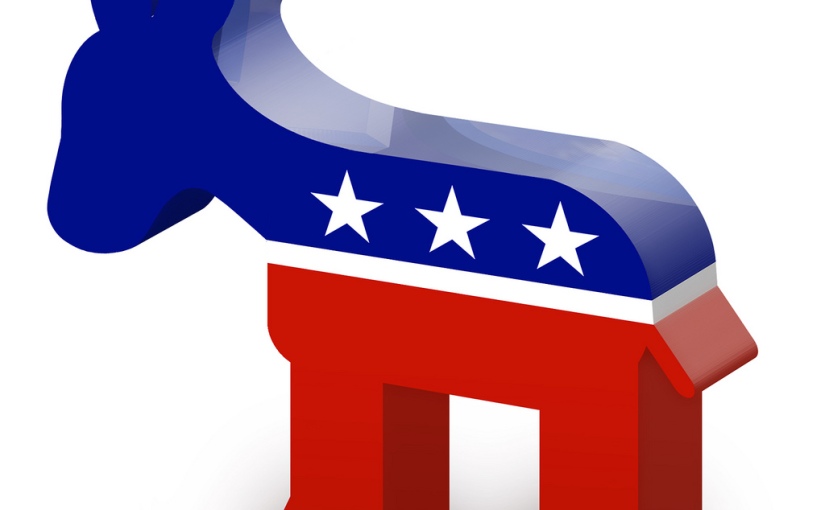 A short, but detailed summary of the history of the Democratic Party by VOX